For many years the breeding population of the great bustard in Central Europe have been recorded by the bustard specialists in winter. In 2017 it was possible for the first time to count in all 7 countries (Austria, Czech Republic, Germany, Hungary, Romania, Serbia and Slovakia) with potential breeding occurrences of the great bustard on the same day. 1,751 Great Bustards were recorded, whereby in the Eastern Pannonian part only 69% of the individuals could be recorded on this day, and not the otherwise usual 90 to 95%. In the years 2018 to 2020, despite several efforts, it was not possible to implement synchronous counts in all countries. The reason for this was the mostly mild winters and the resulting impassable dirt roads, which mostly prevented a census of the East Pannonian population.

In 2021, the period of the counting was therefore significantly extended in order to be able to record at least 90% of the individuals actually occurring throughout Central Europe. The census was mainly carried out on January 17th and 18th, but other results from January 11th to 24th, 2021 were also evaluated.

Fortunately, the protection efforts in almost all Central European countries with great bustard occurrences are already showing short-term success. The measures to reduce collisions on power lines as part of the LIFE project “Great Bustard” are expected to lead to a further increase in the population, especially in the medium and long term. How much the three sub-populations will actually increase depends primarily on the quality of the habitat (thus primarily on agricultural measures), but of course also on the populations of the predators e.g. red fox, raccoon dog, sea eagle and imperial eagle. 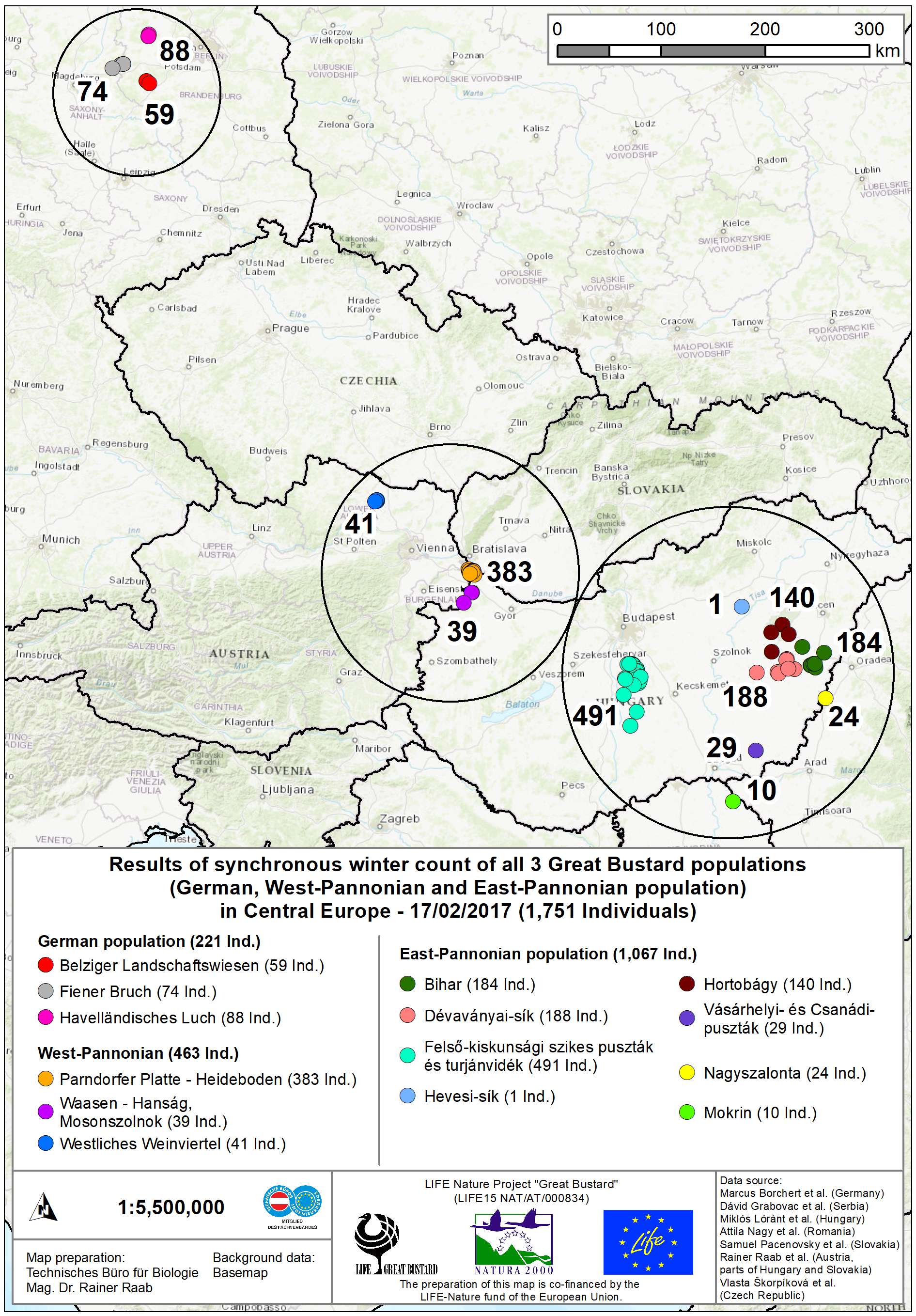 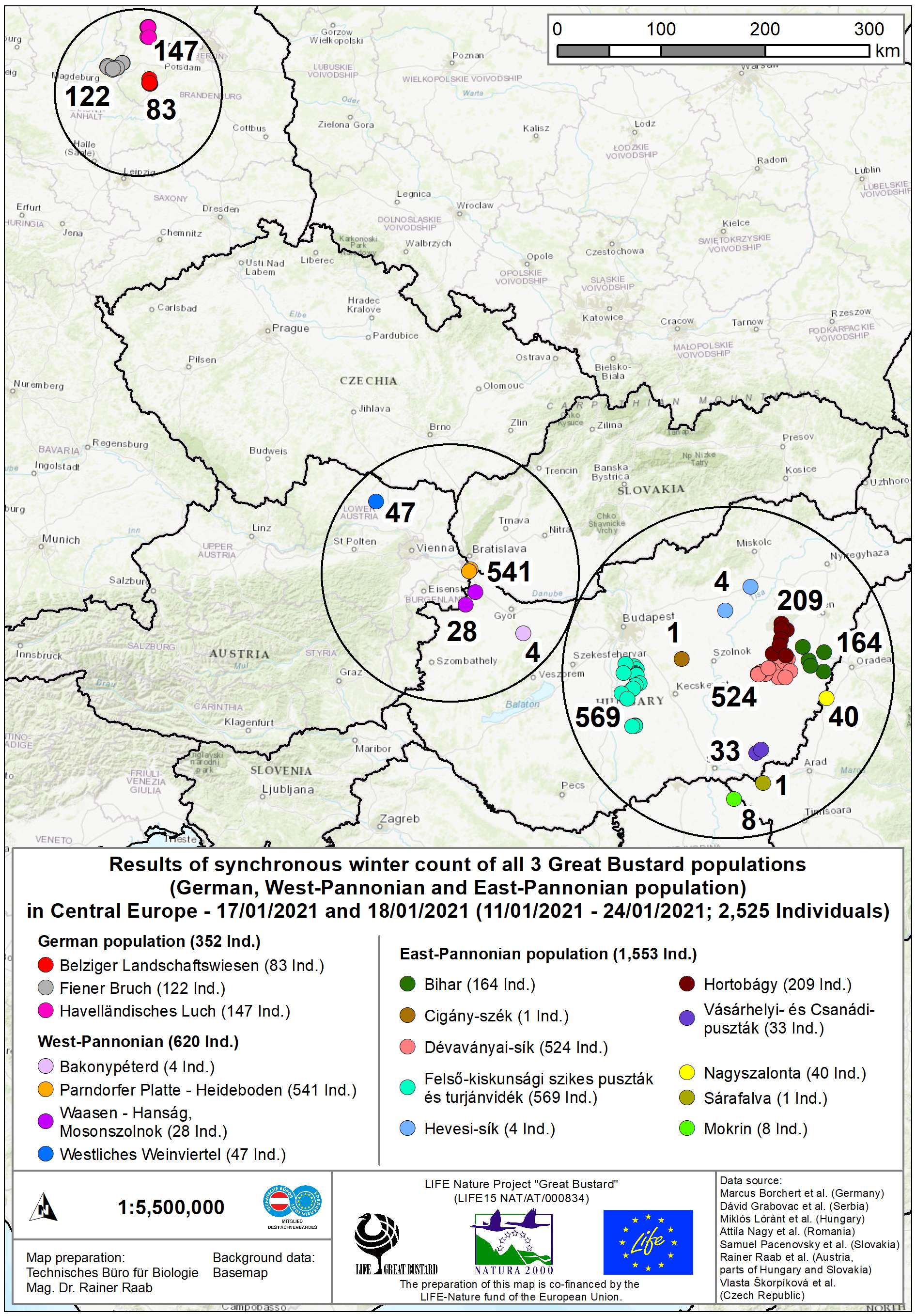